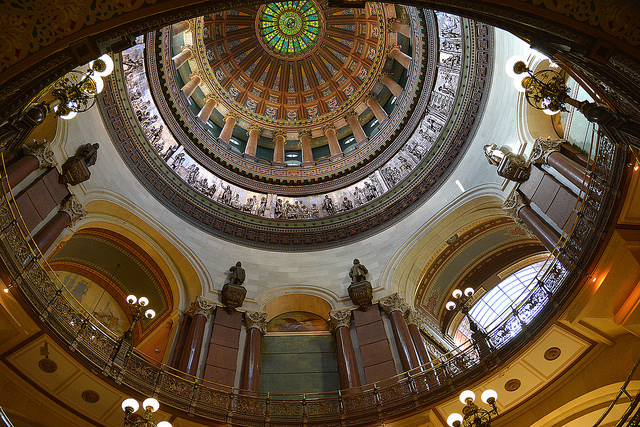 A group from Wheaton Warrenville South developed a bill centering on sex offenses on college campuses to help the men and women raped as well as to serve as a means for stopping rape.

In addition to mandating that the college or university authorities report to local police all rape allegations within the first 24 hours of discovery, the legislation also creates a health care facility for the victims.

Senate sponsor Nell Rosenethal said, “We think that rape on college campuses needs to be prosecuted, and also the women and men who are raped need to be helped in some way. Establishing a health center for assaulted victims would be helping them.”

House sponsor Christina Adams added, “I want assaulted victims to have better care and better facilities so that they’re more comfortable reporting the crime and that more action is being done against it.”

According to the bill sponsors, rape is a very large problem on college campuses and always has been. They believe that taking a big step like this would be very beneficial.

“Problems that we might face with this bill are the funding for it. Right now we’re taking it out of the college initial funding, but we might have to impose a tax,” said Nell.

The bill group contends, as a percentage, around 15% of college women have reported being raped, while 12% have reported an attempted rape.

Those statistics are from a group of 6,000 college students on 32 college campuses nationwide in 1987.

When asked how this bill will benefit the state of Illinois, Nell stated, “Hopefully since rape is one of the most unreported crimes, we would like people who are assaulted to be more open to sharing it and being treated for it.”
Adams said, “We believe that this issue is important enough that schools should be able to take it out of their funds for this prevalent of a crime.” As expensive as college is, this bill group still believes that this issue should be covered by that money.

Adams added, “It’s going to ensure a large feeling of safety for college students and the parents.”