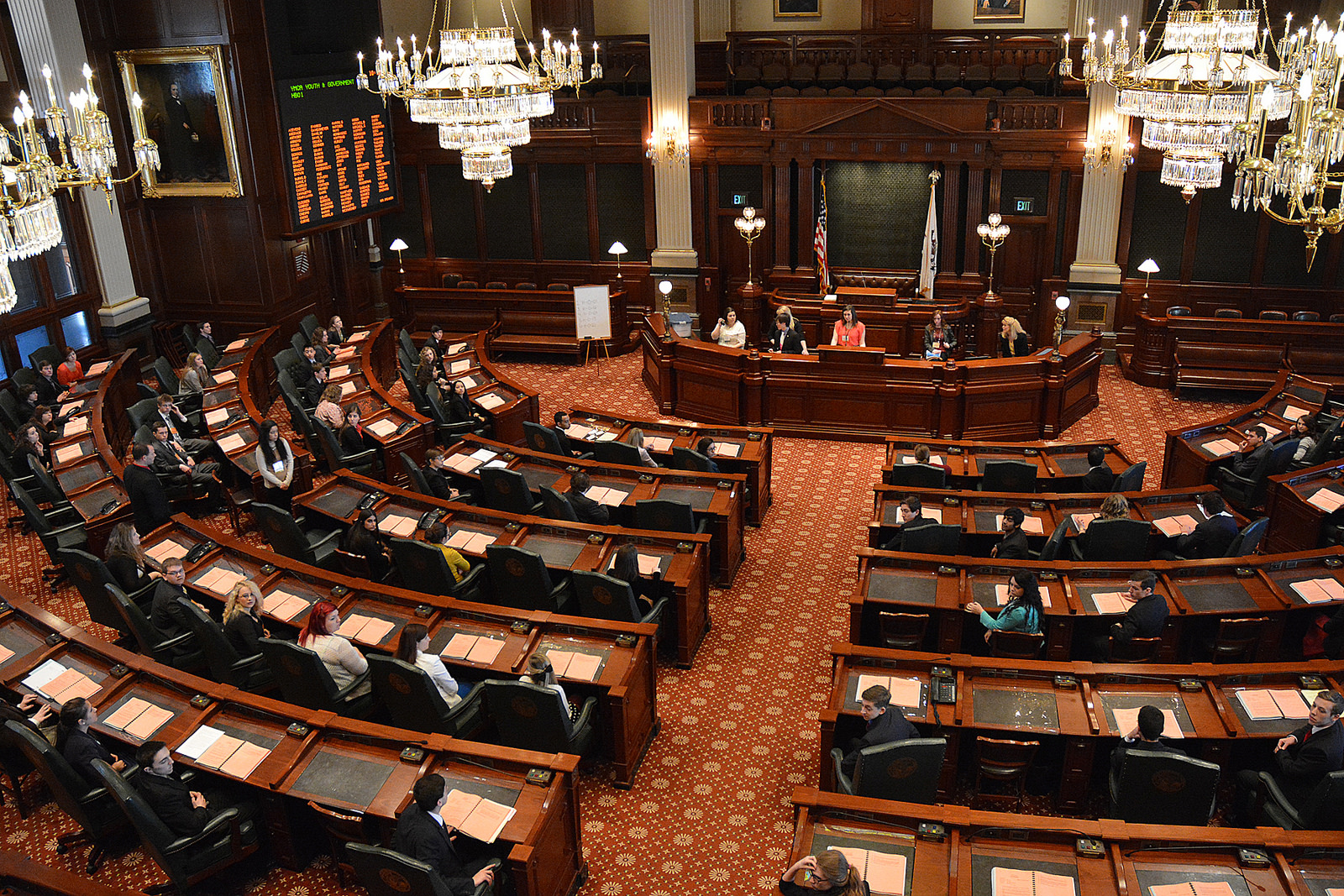 A bill group from Lake Park High School is proposing a bill that is pushing for block scheduling in all public high schools.

Edan Armas, the Senate sponsor of the bill, said, “Education in America is on a course that’s okay but can be made better. Instituting a block schedule, which would be a simple change, could have major improvements.”

In order to ensure that schools would follow the block schedule, the bill group included a fine of $5,000 if the schedule was not changed by the 2016-2017 school year.

Challenging Armas, Laura Martz, a representative from Wheaton Warrenville South believes that the block schedule system would have a negative effect on student performances in school.

“You don’t get as much repetition in those classes, and the teachers’ don’t have as much to say. Students waste the extra time they are give,” she said.

At Wheaton Warrenville South this past week, while the freshman took the PARCC test, a block schedule was instituted for the rest of the students.

According to the bill sponsors, block scheduling has had a positive impact on several schools, such as Rolling Meadows, Northside College Preparatory, and Jones Preparatory. Many students, including Surbhi Sarup, a representative from Neuqua Valley, see block scheduling as a way to prepare for college.

Sarupi said, “[Block scheduling] is similar to a college structure, which is easier to handle because it gives you more time to complete assignments and to understand what you’re learning.”

Delegates against block scheduling are worried about students forgetting the information, considering the fact that they will no longer have each class on a daily basis. Tommy Weiss, a member of the House from Williamsville, stated, “With harder classes such as calculus and chemistry, it’s easy to forget the material, and it’s better to have it re-enforced everyday.”